Written by Professor Mark O’Neill, who is a consultant cardiologist at St. Thomas’ Hospital and King’s College London, and is a member of the Scientific Committee for the Atrial Fibrillation Symposium 2020. 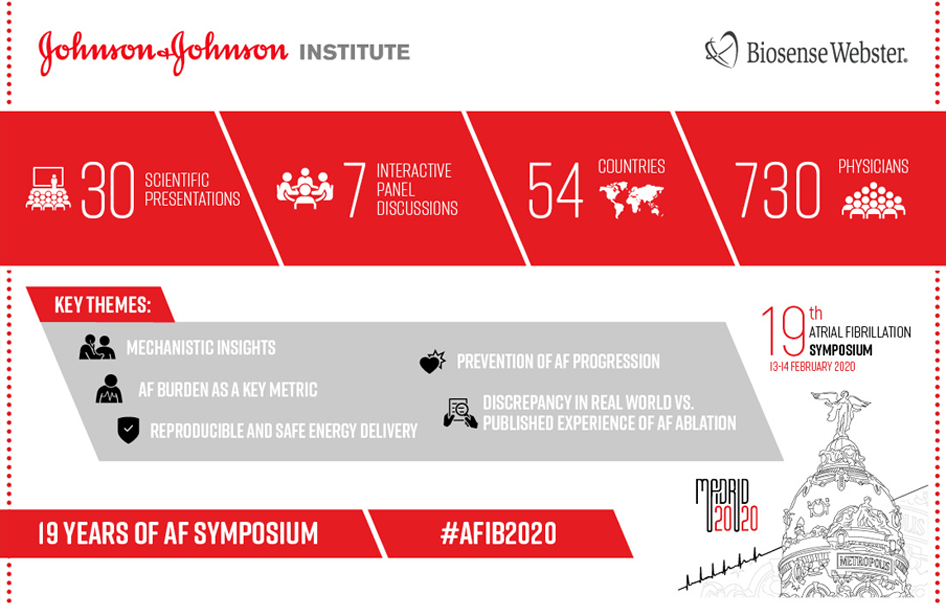 The Atrial Fibrillation (AFIB) Symposium is a long-standing educational initiative from Biosense Webster and the Johnson & Johnson Institute. The 19th AFIB Symposium was held in Madrid from 12 – 14 of February. Each year, the Symposium has invited presentations featuring the most up to date methodologies, at both basic science and a clinical level, to decipher fibrillation and identify those electrical targets to treat AF effectively.

This blog shares what I believe to be the key insights from this year’s symposium.

AF: still a rhythm with a target?

Atrial fibrillation is still an arrhythmia with a treatable target for many patients.

The “Mechanistic Insights” sessions reaffirmed that AF is a complex condition and that some, but not all, AF patients have discrete arrhythmia drivers that can be identified using currently available tools and targeted by catheter ablation. Researchers are working to identify these putative bi-atrial targets using integrated electrophysiological and imaging techniques, including optical, cross-sectional and metabolic imaging together with traditional electrogram-derived assessment tools, although with unproven clinical benefit. Further developments in atrial characterization will potentially improve stroke prediction, patient selection and guidance towards patient-specific ablation targets. An important note of caution was sounded by Professor Jonathan Kalman in the keynote address, however - some atrial remodelling is likely to be reversible with catheter intervention strategies but the increased emphasis should be on early preventive strategies for management of the patient-specific AF phenotype.

Is AF burden the key metric for patients with AF? 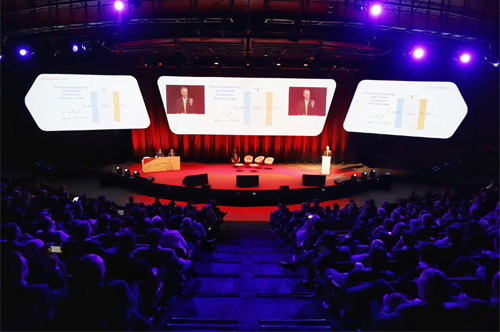 “Burden is very important,” declared Professor John Camm, while acknowledging the inherent difficulty in defining, monitoring and setting thresholds to evaluate response to therapy or thromboembolic risk. Clinical classifications of AF do not accurately reflect AF burden; similar burdens can be seen for patients with frequent, short and infrequent, prolonged arrhythmia episodes. The thromboembolic risk is likely related to burden however a threshold to guide management is currently undefined but could form part of a multidimensional approach to risk stratification and treatment.

For the purposes of clinical trial endpoints which are meaningful to doctors and patients, median AF burden is clearly and dramatically reduced by pulmonary vein isolation., Indeed, the stark contrast between a time to first event and the reduction in AF burden highlighted in the CIRCA-Dose study presented by Dr. Jason Andrade highlights the need for reappraisal of the optimal outcome measures for clinical trials of AF. New three-year loop recorder outcome data from the CLOSE TO CURE study, presented by Dr. Mattias Duytschaever, reveal ongoing arrhythmia recurrences in the longer term but a maintained low arrhythmia burden and density of AF.

The selection of the appropriate tools for rhythm monitoring is a growing challenge with the widespread availability of affordable, personal wearable devices. The clinical significance and optimal management of incidentally diagnosed atrial arrhythmia using these tools is unclear and will need evaluation in large, population-based studies with artificial intelligence and machine learning approaches.

The Friday morning “Lesions” session has become a resoundingly popular fixture at the AFIB symposium and 2020 was no exception. Insights from serial MR imaging post-ablation in an animal model confirm that oedema is an inevitable and dominant initial component of radiofrequency lesion creation which is influenced by contact force, duration of energy delivery and regresses completely with time. Dr. David Haines provided a logical and comprehensive overview of the biophysics of radiofrequency and pulsed-field ablation, while Dr. Hiroshi Nakagawa reported the differences in RF lesion geometry between conventional and ultra-high power (90W), short duration (4s) applications and why this mode may theoretically favour ablation in the thin-walled atrium. In the absence of real-time lesion monitoring tools, control of ablation energy delivery remains the limiting factor for both safety and efficacy.

Complementing the “Lesions” session was the closing clinical session entitled “New Recipes for Energy Delivery” delivered by Dr. Chun and Natale and Professors Deisenhofer and Jaïs. The presentations reflected the inexorable drift in the electrophysiological community towards the use of higher power, shorter duration RF delivery with conventional catheters while highlighting the potential superiority of being able to optimize resistive heating as the mode of thermal injury in the atrium. Nevertheless, there remains wide variability in the use of higher power RF delivery parameters. Consensus and a better understanding of RF generator settings are needed to optimize lesion formation and ensure safety while, at the same time, the community continues to explore alternative non-thermal energy modalities such as pulsed frequency ablation to facilitate reliable and reproducible lesions that result in the permanent scar at the intended location only.

Can progression from paroxysmal to persistent AF be prevented?

Progression of paroxysmal AF may be preventable by catheter ablation

Notwithstanding the limitations of the current clinical classification of AF, the vast majority of studies of catheter ablation have demonstrated a better outcome for patients with paroxysmal AF. Many electrophysiologists would argue that this would be the population on which to focus effort, and in particular, if it could be demonstrated that this could halt or at least slow progression to more persistent forms of AF. Professor Karl Heinz Kuck presented the findings of the prospective, randomized ATTEST study, which revealed that after three years, patients undergoing RF ablation were approximately 10 times less likely to develop persistent AF than patients treated with anti-arrhythmic drugs and also less likely to develop recurrent AF. Should the findings be confirmed by others, one could envisage a justification for early ablation in minimally symptomatic or even asymptomatic patients with paroxysmal AF.

The discrepancy between published and real-world experience 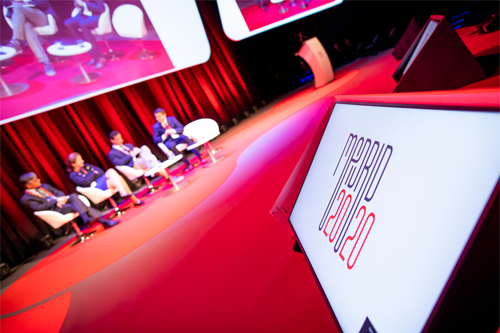 Scientific symposia are not necessarily real-world reflections of clinical practice. Published randomised trial data provide insights, but real-world results are what matter to the overwhelming majority of patients and physicians. During the session entitled “2019 – A year in review,” Dr. Jim Cheung presented a literature review of 2783 patients recruited to 6 randomised trials of AF ablation reporting 0% mortality, in stark contrast to his own analysis of 60203 hospitalizations of AF ablation patients in the US between 2010 and 2015 which revealed a 0.46% early mortality post-intervention, most of which occurred in the first 30 days and not usually during the index admission. A team-based, collaborative approach is paramount to improve safety and maintain vigilance at every point of the patient journey from admission to full recovery post-hospital discharge. When in place, same-day discharge post AF ablation is feasible, does not result in increased complications or readmission and may result in significant cost savings, according to Dr Jason Andrade. More work is needed, and urgently, to redress the gender imbalance inaccessibility to AF ablation and to understand the discrepancy in success and complication rates between men and women, highlighted by Dr. Andrea Sarkozy. As physicians, we each have a responsibility to ensure that all patients undergoing intervention for AF are being offered a safe, effective procedure within a system in tune with the wider needs of AF management.

Enriched by 30 highly scientific presentations and inspired through 7 interactive panel discussions Dr. Mattias Duytschaever drew the 19th AFIB Symposium, catering to 730 physicians from 54 Countries, to a close with the promise that the 20th Anniversary meeting will be a special occasion for all involved in the care of patients with AF.

I look forward to seeing many of you in Berlin in 2021! 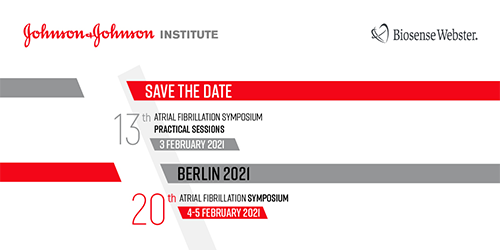 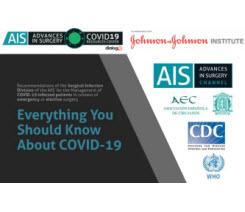 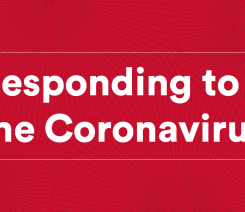 Responding to the Coronavirus: Keeping the Safety and Well-being of Our Stakeholders at the Heart of All We Do
2
Institute News 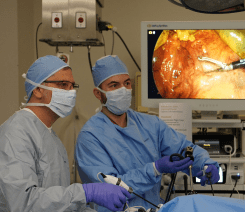 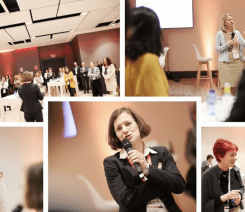 Healing more hearts through collaboration at 19th AFib Symposium
7
All